Very detailed study for my version of a painting of US Republican Presidential hopeful Ben Carson posing with Black Jesus, and pancakes-

This was inspired by the painting of Ben Carson and Black Jesus which is hanging in Dr. Carson's home. My Jesus is the Aaron McGruder version.
Posted by Unknown at 2:04 PM No comments:

If you were searching for a depiction of a socialist with a food item on top of his head, you've arrived at your destination.

The original of this Bernie Sanders painting is no longer available; it was purchased by a fellow who has for a long time collected my artwork; there are number of these people and I can't explain our relationship.

There is however, a very nice canvas print of the above image on Etsy.

This was a 20 by 24 inch acrylic painting on stretched canvas.  This original is gone, but an 8 1/2 by 11 canvas print of this Kanye West art is available in my Etsy, as are a number of  other Yeezy prints and originals.
Posted by Unknown at 3:24 PM No comments:

By request-my portrait of New Orleans Saints quarterback Drew Brees, also known as Breesus, in the guise of Christ and in an painting which I call 'The Miracle Of The Fish And Pancakes.'

I posted this painting originally to twitter last week and revised it today, adding the syrup flow to match the red sash and also improving the fish and likeness.

I've posted most paintings to twitter during the past year just because it is the easiest thing to do.  I'll try to update blogger with these same images before the end of the year. My desktop computer has gone lame and even though I can still manage well enough to add my own image addresses online, which pretty much guarantees they will appear in a GIS search, the process is wrenching.

The original painting is taken but I do have a print posted to my Etsy account.  Etsy is another place to find some of my recent things.  I've pretty much split postings between Etsy, Flickr and Twitter. Some paintings go to Tumblr, and again, very few here to Blogger.  Hopefully I'll reactivate my Facebook account after the turn of the year.

Looking at this Breesus a bit more, I think I'll make a few additional revisions. But not now.

A painting of myself making peanut butter pancakes for former US President Jimmy Carter, who has brain cancer.

I've also posted this Jimmy Carter Brain Cancer artwork to my tumblr.
Posted by Unknown at 9:31 PM No comments:

A second painting of GOP Texas Republican US Presidential candidate Ted Cruz wearing a pancake suit of armor of righteousness.  This painting was requested by a former employee of Mr. Cruz.

Thanks to Vanity Fair which yesterday included the first version of this painting in their The Best Presidential Campaign Swag Available Right Now.  I'll make prints of both Ted Cruz portraits available soon in my Etsy shop.

Ted Cruz Pancake Armor Painting - Etsy
Posted by Unknown at 6:14 AM No comments:

A portrait of a young, middle age, and mature Hillary Clinton, in red, white and blue pantsuit, plus pancake-

Both versions of this painting are available on Etsy as canvas prints.

Posted by Unknown at 9:30 PM No comments:

When a corporate entity declares it is 'Pancake Day' but in our hearts we know it is not, let us agree that everyday IS Pancake Day, regardless.

In the same manner, when Giorgio A. Tsoukalos declares "Because, Aliens" we his sceptics remain but visitors to our own temporary world.

a few recent pancakeworks, most of which I've posted to twitter and etsy during the past few months- 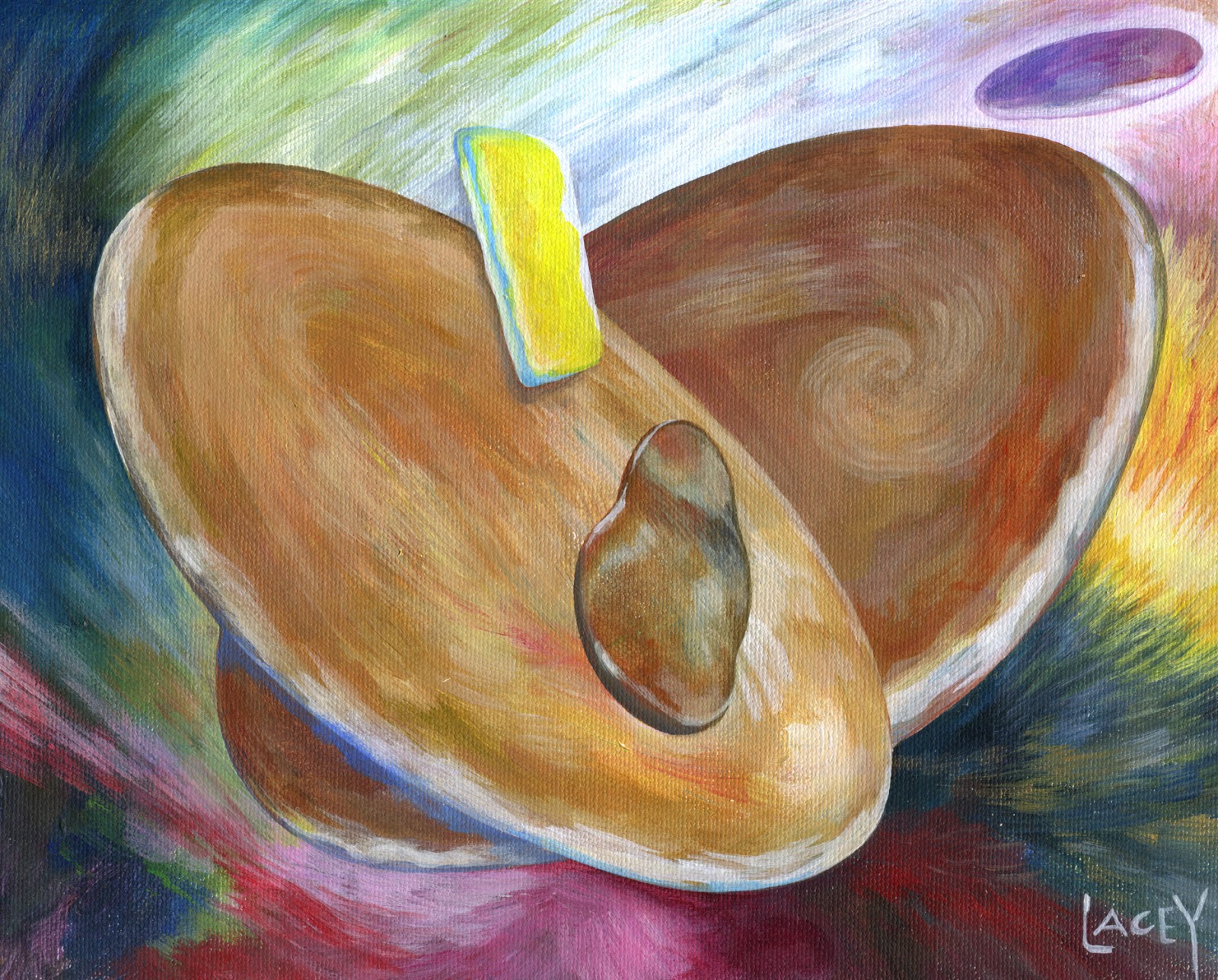 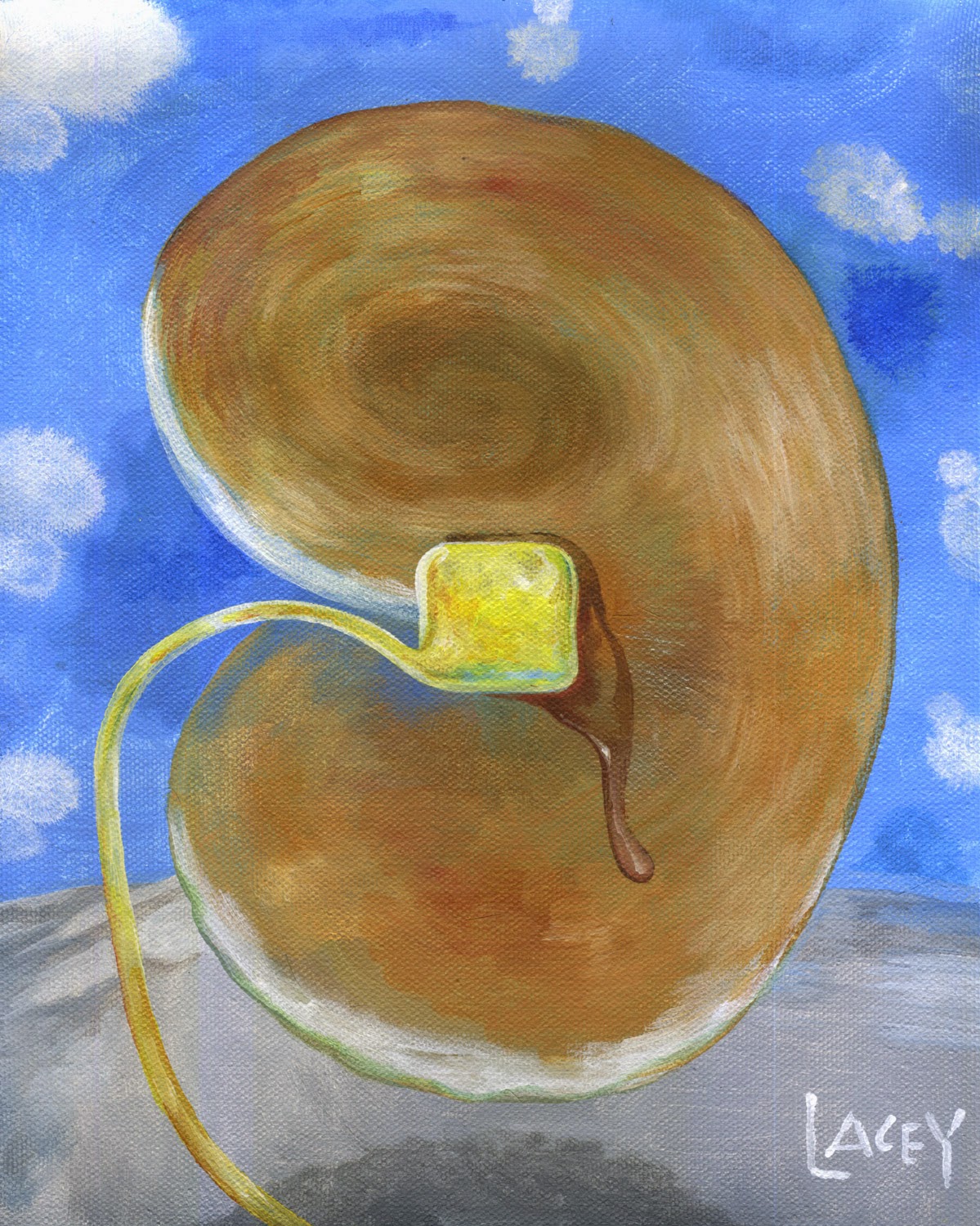 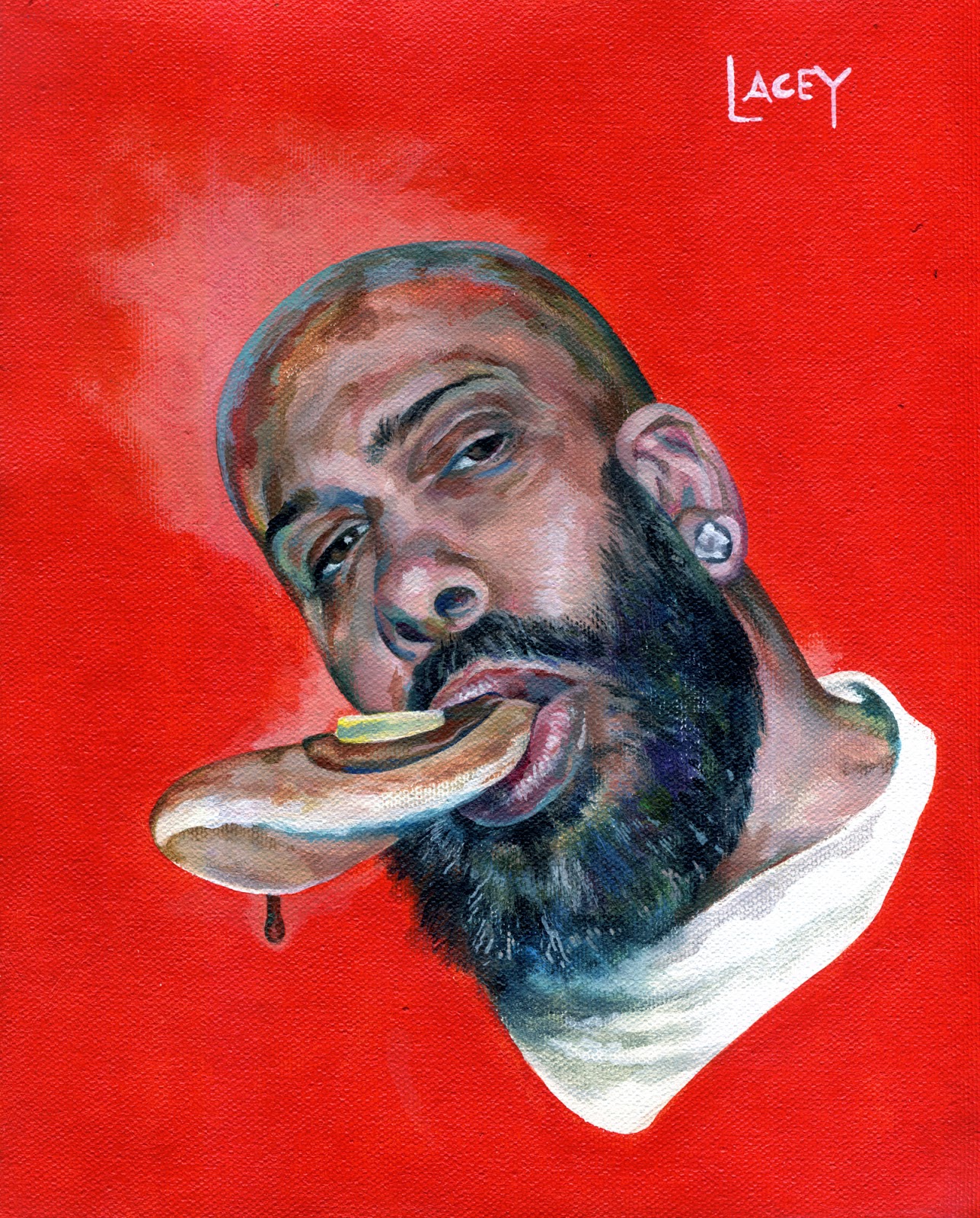 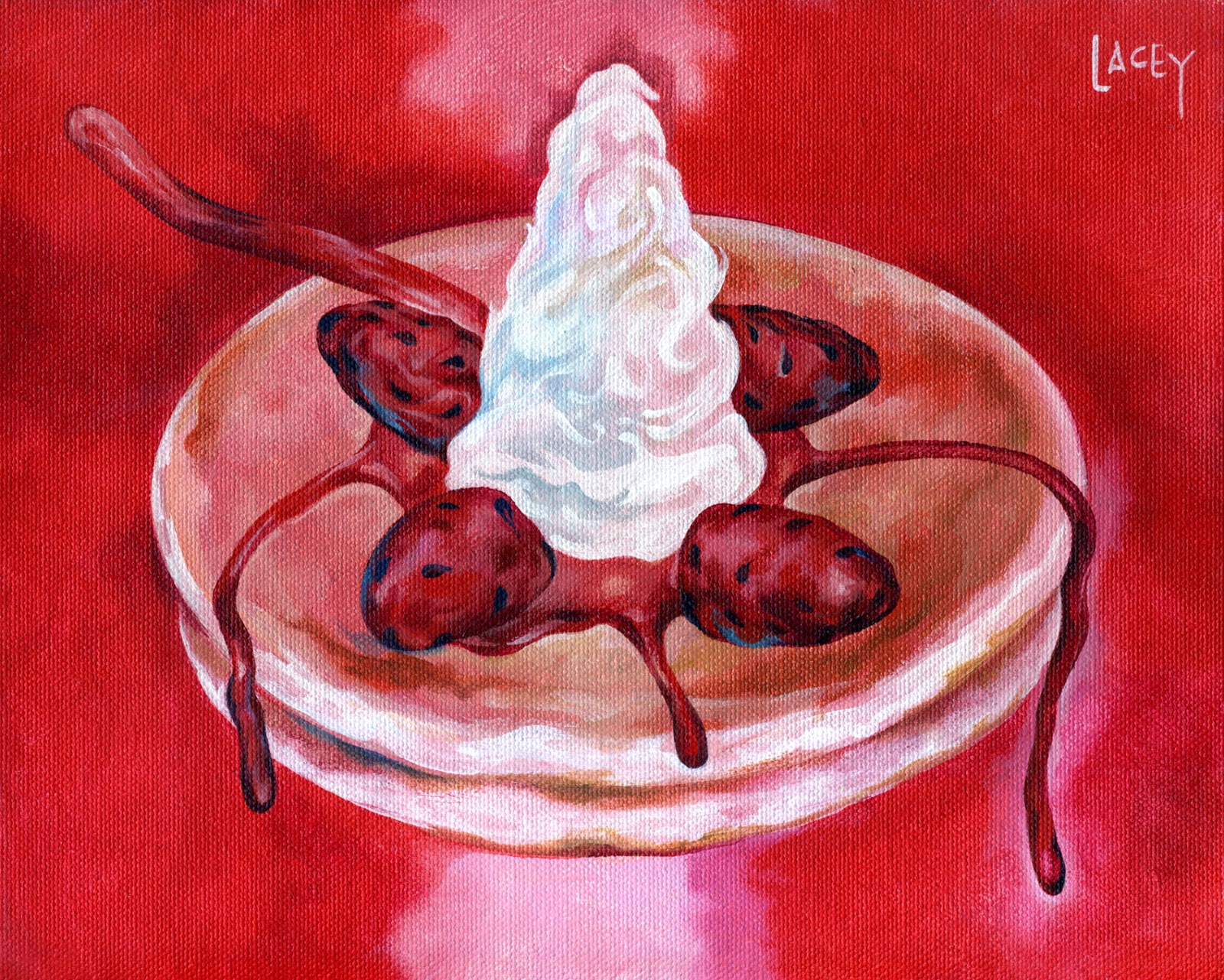 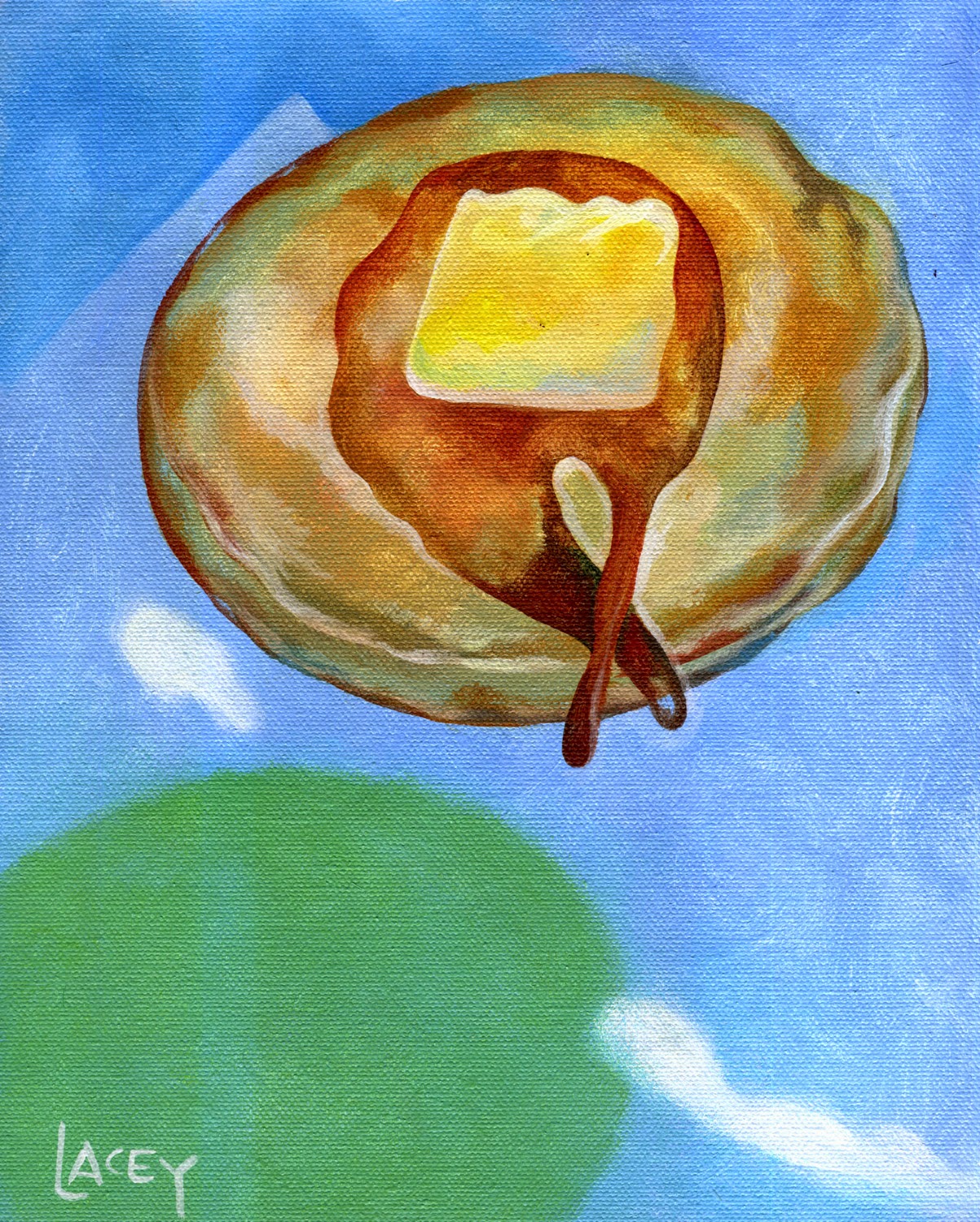 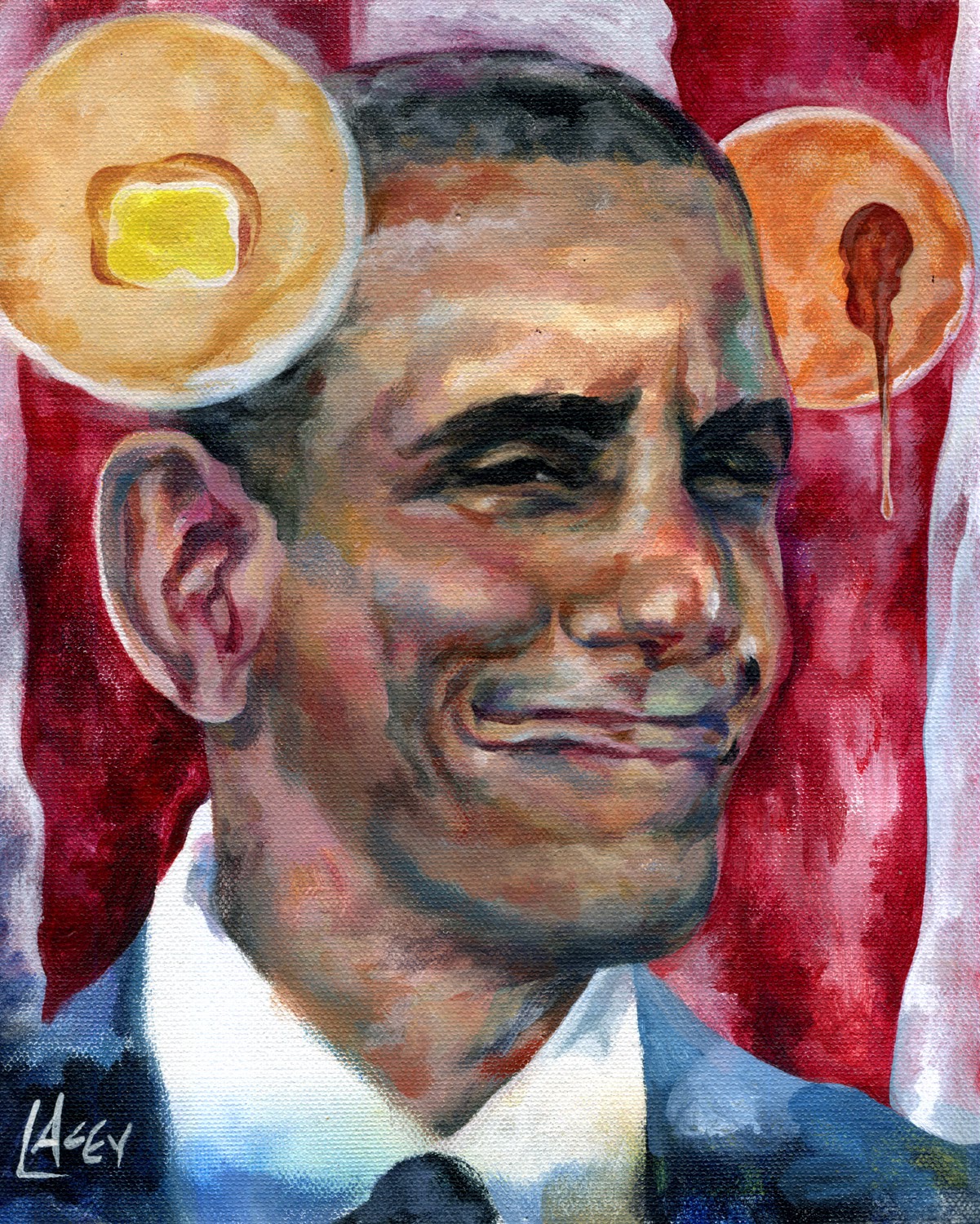 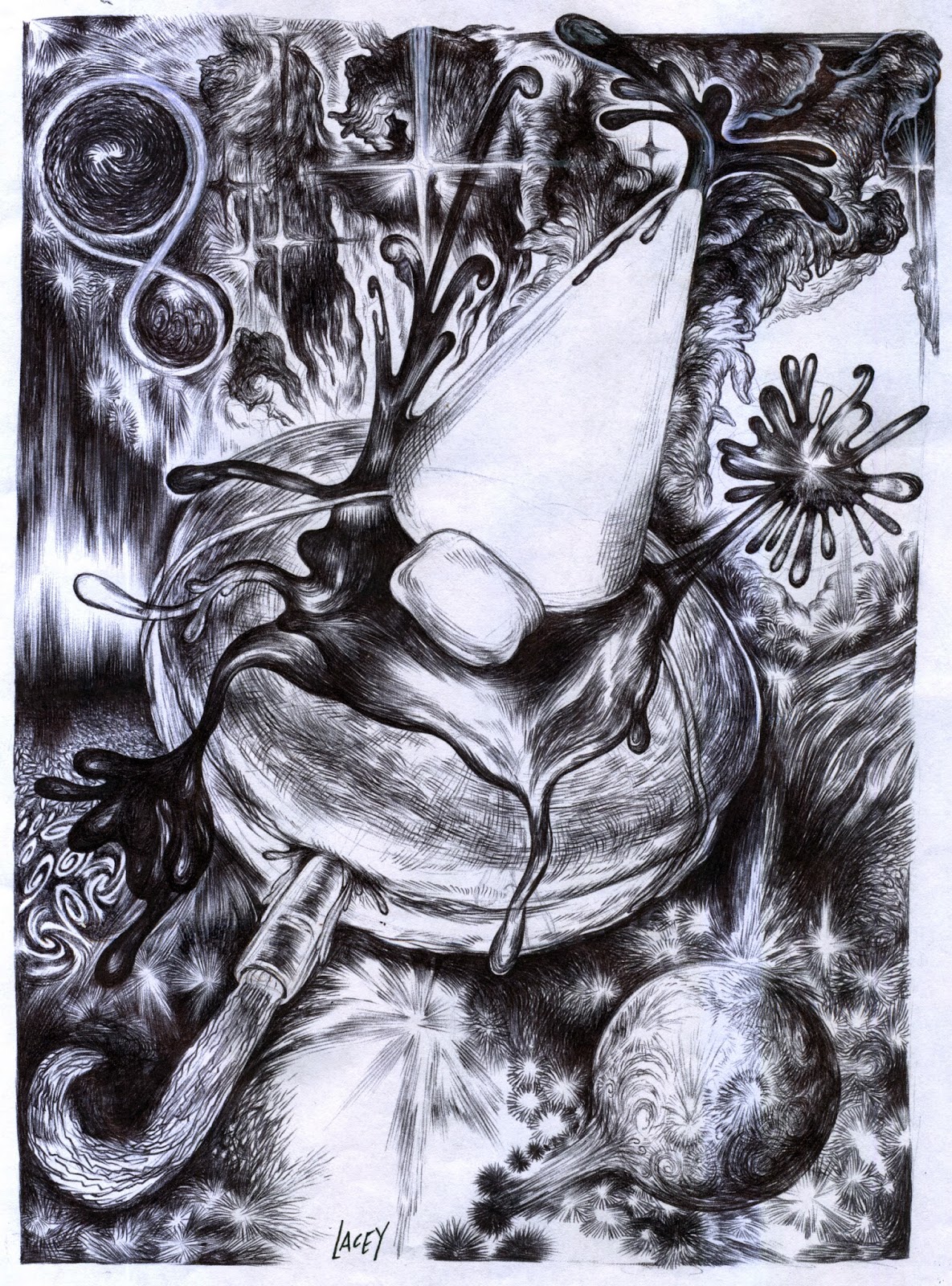 Posted by Unknown at 7:46 AM No comments:

A 20 by 24 inch acrylic portrait painting on stretched canvas of Clint Eastwood's American Sniper with various pancakes instead of a .300 Winchester Magnum rifle.

American Sniper Pancakes painting - Etsy
Posted by Unknown at 10:21 AM No comments:

A portrait of myself memorializing former New York three term Governor Mario Cuomo, who passed away yesterday at the age of 82.

This is a censored version of my painting, which can be seen in full on Etsy.

Mario Cuomo Memorial Portrait - Etsy
Posted by Unknown at 9:55 AM No comments: