A Painting Of Al Franken With A Pancake On His Head

Al attempts to blend into and become a part of a placid watery landscape, surrounded by islands of syrup which do not proceed very deep into the distance, seem unnatural to the surface of the water, and might change shape if he were to move. The pancake on top of his head assumes the shape of his hair, again-attempting incongruity but failing.  Syrup from the pancake runs to both the political right and left-fairness is the message which Senator Franken wishes to communicate. However, the water level is higher behind Al, showing that his presence creates a blockage and hides an imbalance. The general atmosphere is of stagnancy.

Posted by Unknown at 9:04 AM No comments:

Mike McFadden Asks Me To Debate Him, And I Accept

Fellow Minnesotan Mike McFadden, who is challenging incumbent Al Franken for his seat in the US Senate, has invited me to debate. I accept.

As an announced candidate since last October, I proudly accept your offer.

Earlier this year, Politico declared that I was poised to become the Internet's favorite politician. As a web-savy candidate, I wish to compliment you for tweeting your offer and in this way fully embracing the medium.

For a US Senatorial candidate to make an offer to debate a candidate for the US House is unprecedented, and I would say, on your part, brilliant. You have leaped far above the cavernous partisan divide. May your gesture be an example to the rest of the nation that Minnesotans aren't bound by party or precedent.

As a candidate from the Pancake Independence Party, I look forward to discussing with you in the public forum the state of breakfast and what we as concerned citizens may do to better support morning's most satisfying food.

A sketch in ballpoint pen for a painting of Pancake Godzilla. 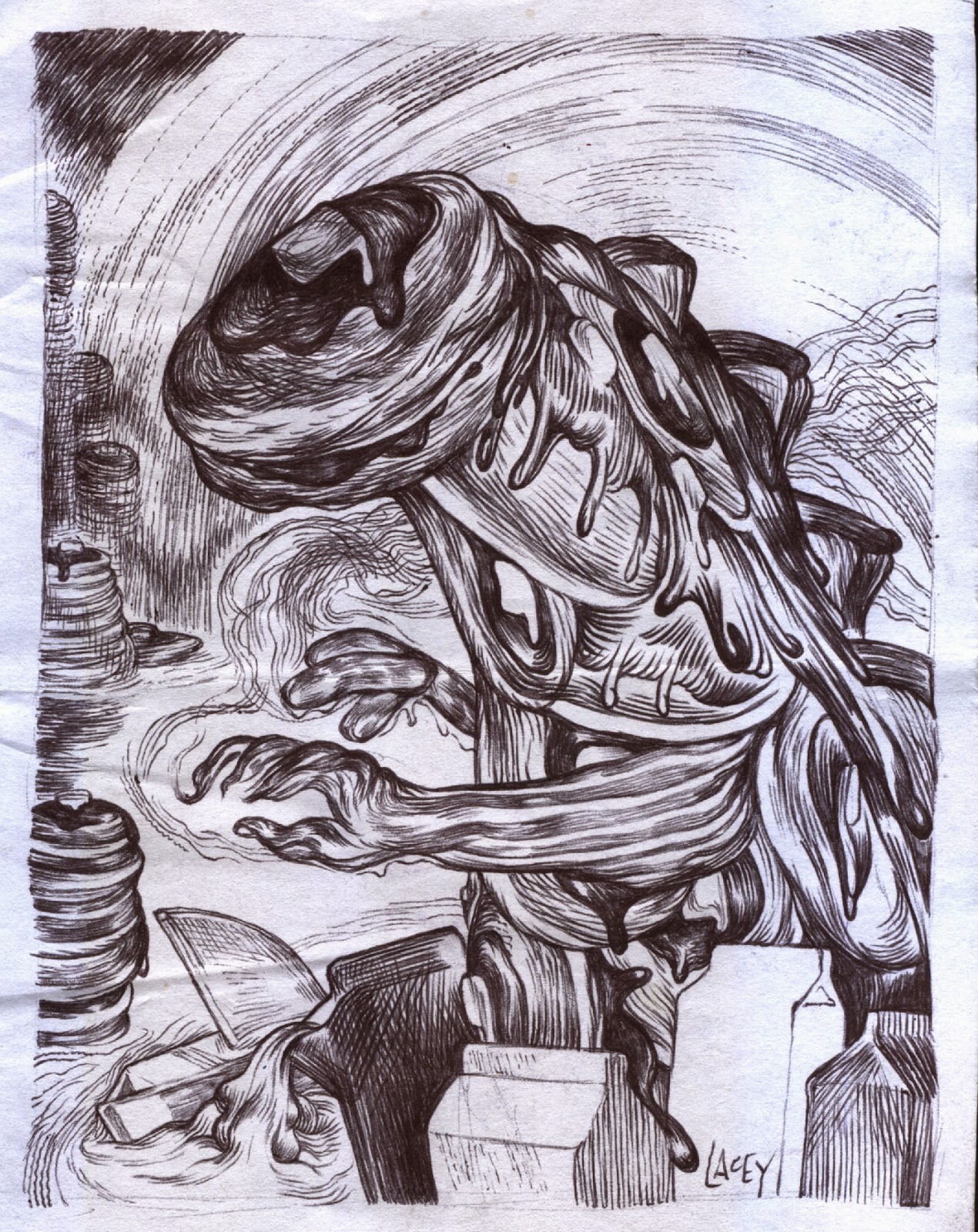 Posted by Unknown at 6:04 AM No comments:

I painted this portrait in response to an observation that all of the recently purloined celebrity phone photos were of females, and that there were no male victim/subjects.

In this painting, President Snow wears a girdle instead of a nightie (pancakes are included on the table in the background, but are not the culprits). The plant in the vase is somewhat similar to the pod trees at the end of 1970's reboot of The Invasion Of The Body Snatchers, which seemed appropriate.